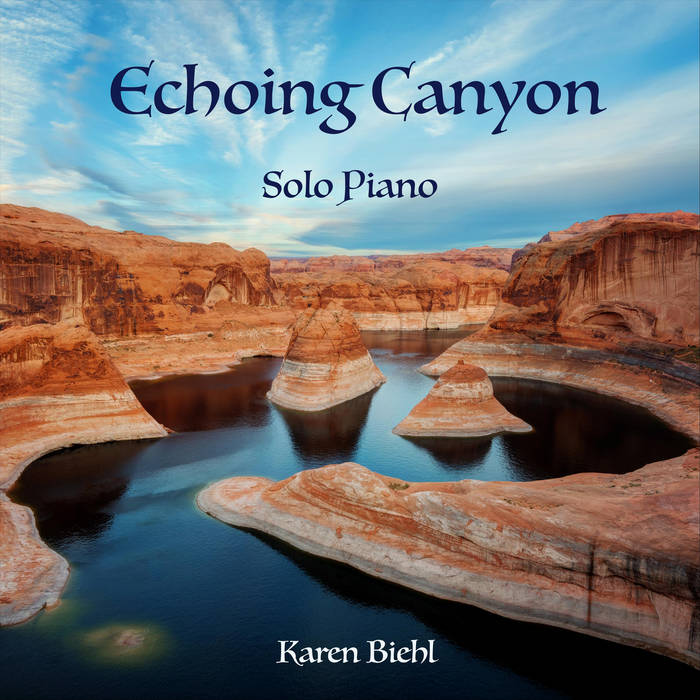 "Echoing Canyon" is an evocative cinematic piano piece composed by Karen Biehl in May 2019. Karen originally considered the name “Song of the Bell Birds”, as the piece lies in the upper octaves of the piano and is reminiscent of the call of bellbirds in Australia.

As you listen to “Echoing Canyon”, you can imagine that you are descending into a canyon and are surrounded by the echoing of the sounds of nature: birds flying and singing, leaves gently falling in the wind, a babbling brook or perhaps even the calls of children hiking in the canyon. Towards the end of the piece, the music goes into the lower keys as you have finally reached the bottom of the canyon. The music then quickly ascends back up into an echo that takes you back to the top of the canyon (and piece).

This is the solo piano version of “ Echoing Canyon", but there will be a version for piano, violin and voice that will be released in the near future.