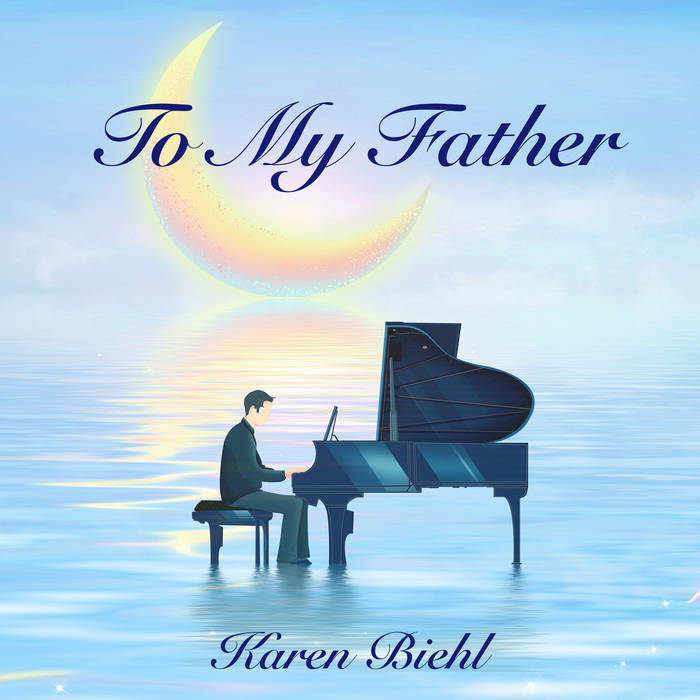 "To My Father" was written in honor of my father, Dr. Edward R. Biehl. who passed away suddenly on October 14, 2019. Not only was he an Organic Chemistry professor and former chairman of the SMU Chemistry Department for many years, my father was an accomplished pianist and organist. Despite whatever financial problems there may have been, he always made sure to provide me with piano, violin, voice lessons and later a musical education at SMU and San Francisco Conservatory of Music. It is because of my father's support and encouragement that I am able to compose music.

When I was young, he set a song to a silly poem that he wrote for me. The melody in "To My Father" was inspired by that song he used to sing and play to me. While I was composing and recording "To My Father", I could hear my father humming in my right ear. I'd like to think that he will always be with me, supporting me in the creation of music.

"To My Father", thank you so much, and as you always liked to say, "That's the spirit".

Her album "Starlight Dreams" was named "Best Solo Piano Album 2018" by New Age Music Guide and ranked #4 on their top ten albums of 2018. The album was also a finalist for the “Best Neo Classical Album 2018” award for One World Music Radio’s awards .